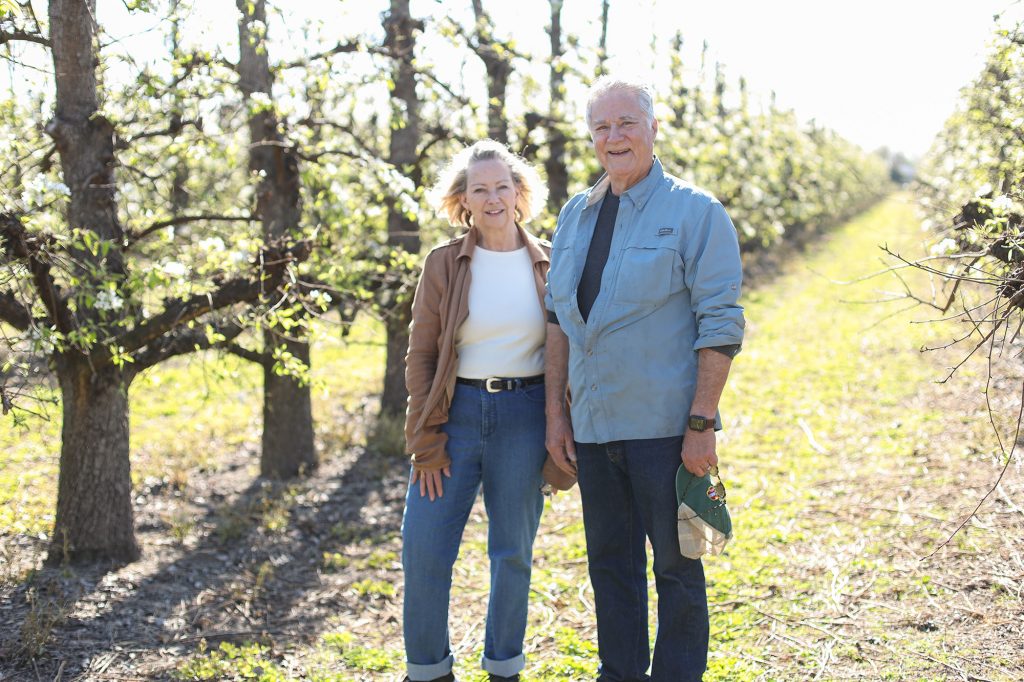 Unlike many farming families in the Sacramento River Delta the Dicksons do not come from a long line of pear farmers. However, they didn’t let that stop them from fulfilling their life long dream of owning and operating a pear orchard.

Doug and Jane Dickson bought River Pear Orchards (45-acres of land along the banks of the Sacramento River Delta containing mature Bosc and Bartlett trees) back in 2012, making them relatively new to the area when compared to some of the other families in the delta who have been farming the same land for generations.

However, the Dicksons are by no means new to agriculture in California. In fact, Doug’s first job as a young man was on a 150-acre pear orchard. Doug spent three years there learning the basics of pear farming before beginning a 40 year long career in the grain industry.

But something about working in that pear orchard captivated Doug and it became a goal to one day own his own orchard. He shared this vision with his wife, Jane, who was also drawn to the beauty of the delta pear orchards 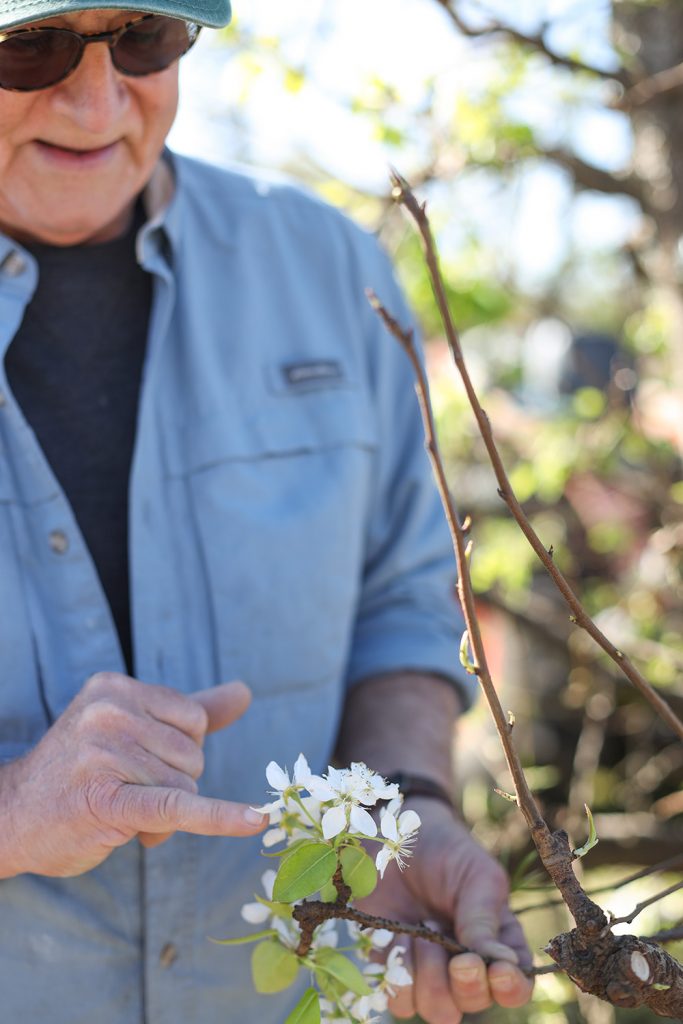 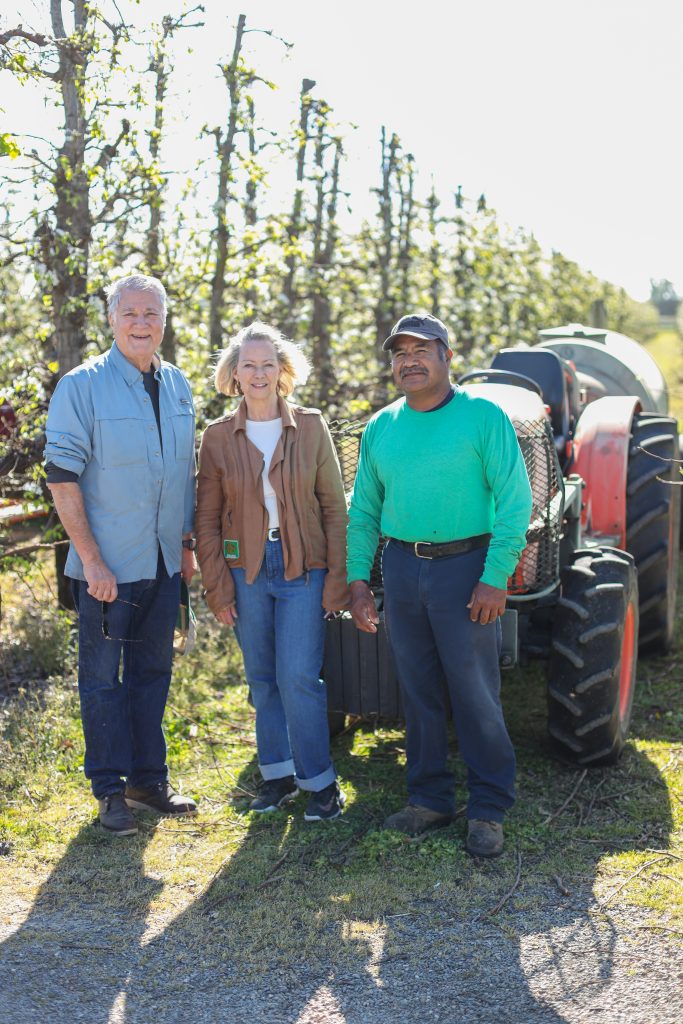 Now, after decades of hard work, the Dicksons have made their dream a reality. But that doesn’t mean the hard work is over. On their 45 acres the Dicksons care for approximately 13,000 pear trees. However, they credit much of the orchards health, longevity and success to their Foreman, Carlos Cortez, who has been managing the orchard for the past 25 years.

In their orchard the Dicksons use methodologies of both organic and conventional farming to grow the best tasting, highest quality pears possible while also protecting the longevity of the trees.

The Dicksons pride themselves on being a no-till farm. This means prunings from the trees are shredded in the orchard and the organic matter goes back into the ground to create its own mulch, which keeps moisture in the soil from evaporating and also helps control weeds.

They also take care to spray only when necessary to protect the health of their trees. Pear trees are susceptible to many diseases so routine spraying is necessary in order to keep the trees healthy and productive, which is critical to the sustainability of the orchard.

While the Dicksons sell many of their pears through commercial marketing channels, they also invite people to come out and pick their own pears during harvest. They do this in an effort to educate people about where their food comes from and how it’s grown. Ranch tours are available to interested groups and can be booked by contacting Doug and Jane through the River Pear website.

Learn more about the Dicksons and River Pear Orchards here.